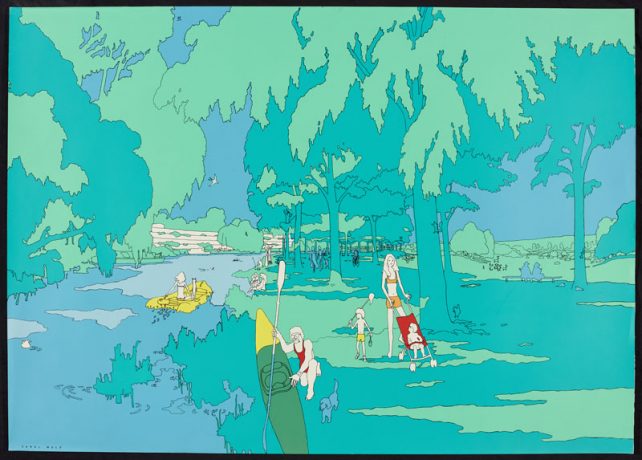 Design drawings by Andrew Mahaddie, later Bo Mahaddie, covering the duration of his career, including his higher education at Washington University, St. Louis, Missouri, USA. The early work includes some for Skidmore Owings and Merrill, plus drawings from Pasadena and Altadena. The majority of the collection covers Mahaddie's time with Milton Keynes Development Corporation in the 1970s, working on landscape proposals and the city park. There is also work from when Mahaddie was self-employed as BoCo, and his time with Conran Roche and YRM architecture firms. The materials are plans, concept drawings, proposals, elevations and axonometrics. The last series is made up of smaller projects for no identified company and those projects which are unidentified.

Andrew Mahaddie was born in Driffield, East Yorkshire, and educated at Watford Grammar School; Architectural Association School of Architecture, London; and Washington University, St. Louis. He worked on Milton Keynes new town as an urban designer with Milton Keynes Development Corporation from 1970-1976 and for Derek Walker Associates from 1976-1977. Remaining a resident of Milton Keynes until 2002, Mahaddie was self-employed as BoCo from 1977 until around 1984, when he joined Conran Roche. He joined YRM in 1990 where he stayed until his reluctant retirement in 2008. Mahaddie was known as Bo from 2001 onwards.